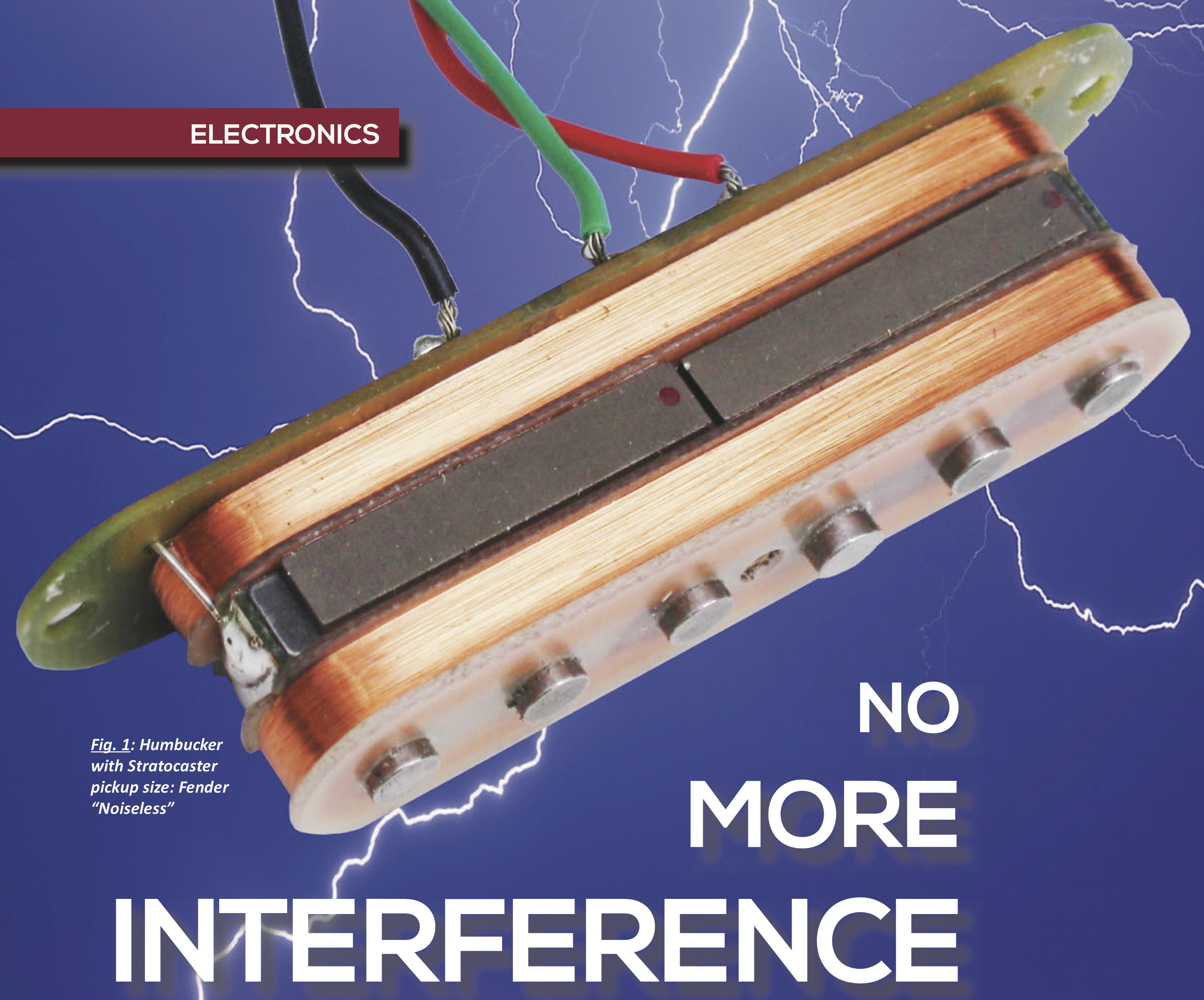 I am quite excited: Helmuth Lemme, honorary GITEC-member and well-known expert in „all things electric guitar“ has made some articles available to us for publication. Helmuth has published books on the technical background of electric-guitar circuitry since the early 1970’s – among those interested in the topic in the German-speaking community, these books have legendary status! Unfortunately, only one of his oeuvre’s has made it to translation … but it’s available in its second, enhanced edition: „Electric Guitar – Sound Secrets and Technology“, ISBN 978-1-907920-87-5.

But enough of the author, let’s look at some content. The first article in our little „Helmuth Lemme“-series deals with getting rid a fair deal of that interference that electromagnetic pickups often are subjected to: hum and noise. Of course much interference is nicely taken care of by a humbucker, but what if you like that single-coil-sound your guitar has? Or if even the humbucker will not suppress noise sufficiently? Well there’s a lot than can be done, and in fact it can even be a great DIY-project, as is shown in Helmuth’s article.

However, that’s not the only aspect the article deals with – there’s more: info on cables and microphony is touched, as well.

So, check out the new article:

P.S.: this article was originally issued in the magazine SUSTAIN (May, 2013); we appreciate being given the permission to re-publish it here!

We use cookies on our website to give you the most relevant experience by remembering your preferences and repeat visits. By clicking “Accept”, you consent to the use of ALL the cookies as well as Font Awesome.
Do not sell my personal information.
Cookie SettingsAccept
Manage consent

This website uses cookies to improve your experience while you navigate through the website. Out of these, the cookies that are categorized as necessary are stored on your browser as they are essential for the working of basic functionalities of the website. We also use third-party cookies that help us analyze and understand how you use this website. These cookies will be stored in your browser only with your consent. You also have the option to opt-out of these cookies. But opting out of some of these cookies may affect your browsing experience.
Necessary immer aktiv
Necessary cookies are absolutely essential for the website to function properly. These cookies ensure basic functionalities and security features of the website, anonymously.
Functional
Functional cookies help to perform certain functionalities like sharing the content of the website on social media platforms, collect feedbacks, and other third-party features.
Performance
Performance cookies are used to understand and analyze the key performance indexes of the website which helps in delivering a better user experience for the visitors.
Analytics
Analytical cookies are used to understand how visitors interact with the website. These cookies help provide information on metrics the number of visitors, bounce rate, traffic source, etc.
Advertisement
Advertisement cookies are used to provide visitors with relevant ads and marketing campaigns. These cookies track visitors across websites and collect information to provide customized ads.
Others
Other uncategorized cookies are those that are being analyzed and have not been classified into a category as yet.
SPEICHERN & AKZEPTIEREN